A brief history of the modern tram 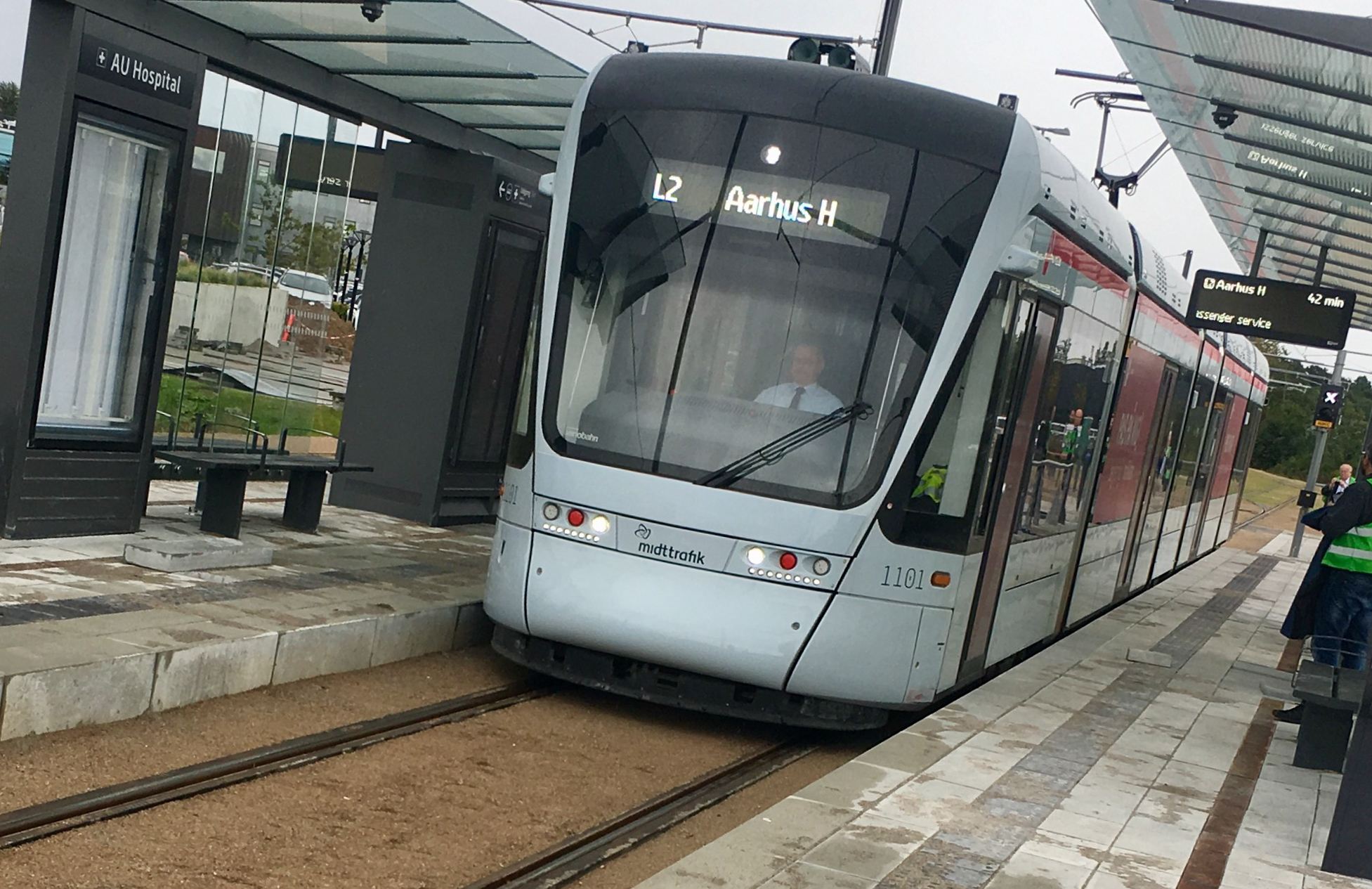 Tramways were born in 1832, when the first horse tram was moving around in the Streets of New York

After the tram was converted to electrical propulsion, the peak of the number of systems around the world was reached in the 1920's when there were over 3 000 systems in Europe, the Americas and Australia. At this time the personal car was introduced and was a serious competitor to the the tram, which was considered to be in the way of development. 1980 only 300 systems were left around the world.

But the tram is experiencing a renaissance around the world, and the modern form of the tram is making a compact. The modern version has very little in common with the original version, but the basic principle remain the same - steel wheels on steel rail makes for a very energy efficient mode of transport. The number of tramways around the world is on the rise, and after the renaissance in Europe, more and more Asian cities are looking into constructing new systems. Hundreds of systems have been built, and many more are on the way.

The United States was first, then Europe followed

The modern tramway development (or light rail as it's called in the US) was initiated in the 1980's, paradoxically enough in the US where the decline first started with the expansion of the car industry. The negative effects of heavy individual vehicle traffic became very visible, and buses just weren't cutting it anymore. Modernized rail systems were reintroduced in many cities around the country - cities that in many cases had lost their systems in the 1960's.

In Europe tramways were really never out of the equation as a good form of public transport, even if many systems were removed and replaced mostly by the personal car, but also by buses after the second world war.

In Germany most tramways were kept and sometimes new tunnels were built under the city to get them off the streets. A lot of rationalisation was made though and bigger and longer vehicles were developed.

In France almost 120 tramways were closed, aside from three system parts that somehow survived. England closed all but one system. Of Sweden's 13 system, only the network in Gothenburg, two lines in Norrköping and a couple of partial lines in Stockholm remained.

The oil crisis triggers a growth in interest for alternative fuels

After the oil crises in 1973 and 1979 many realised the time of cheap oil was over. Alternatives to gasoline and diesels were searched for. In France, this quest triggered many political decisions to reduce the dependence on oil.

In connection with this an interest was awakened in France for the modern tram. The government started a development project when realising that building metro systems everywhere would be very expensive and not feasible. Since the national government was paying for this development program, they wanted a small scale transportation system on ground level that could have it's own reserved space. Some for of track guidance was requested, but the word tram was never mentioned in the letter that in 1975 was sent to eight cities and the industry with the communications department as the sender. Emphasis was put on the economical sides of the project, the environment wasn't a concern yet.

It would take another ten years before the first modern tramway system opened in France. That happened in January 1985 in the city Nantes, who had adapted the principle of building the tram in mostly reserved space on the ground level. The low floor tram was not yet developed, so the system used high floor trams with steps.

After Nantes, Grenoble opened the world's first system with step less entrance into the vehicles at all stops. This technology later spread to other systems around the world.

The first new tramway line in Paris was a fast tram in the northern suburbs that opened in 1992. This was a reversal from the policy that had lasted since 1939, to only focus on metro and buses. In 1994 the cities of Rouen and Strasbourg opened their systems.

Strasbourg was the scene of tramway breakthrough

The new tramway in Strasbourg that opened in 1994 expanded the role of the tramway from simply being a bus on steel wheels, to being an important tool for city development. In Grenoble they had seen a significant increase of development along the new tram lines, connected to the dramatic reduction in street area available for individual vehicle traffic.

But in Strasbourg it became even more obvious how tramways can be used as a powerful tools to create attractive cities, with good human environments in the form of a network of pedestrianized streets, where trams in an attractive design will move in a shared use area with pedestrians and patios.

The tramway in Strasbourg was the result of a close cooperation between good industrial designers and the very strong mayor, Catherine Trautmann. She wanted to create a tramway accessible for everyone, and give the passengers a strong sense of safety during their rides. Hence the trams (Eurotram, from Adtranz and later Bombardier) unusually large windows and a well-lit interior. The trams have been called rolling sidewalks.

The development in France has continued and between 1985 and 2020 25 new systems in opened in France. One of the old ones that wasn't closed has been completely renewed, while the other two have been modernized and expanded.

The development of tramways continues

Today there are almost 30 tram systems operating in France, including the rubber tired trams that are in the process of being converted to regular tramways due to not working very well.

In all systems the tramways are used as a powerful tool to rejuvenate the city center. Renovations are usually undertaken from facade to facade and makes the streetscape nicer and accessible for everyone. Pedestrianized streets, green areas with trees, the establishment of car restricted areas in the city center, development of park and rides and a restructuring of the bus services to feed the tram all contribute to this development. The design of the infrastructure and rolling stock also contributes strongly to the attractive system.

Multiple cities in Germany has also gotten their tramways back, as well as a number of cities in Spain with built or planned systems. In the UK there are 8 modernised systems, and in Norway Bergen Bybane is shattering every passenger number expectation since 2010 - and the system is currently undergoing an expansion. In Denmark the light rail system in Aarhus opened in 2017, and new systems are under construction in Odense and Copenhagen. I Finland there are plans to build a tram between Helsinki and neighboring municipalities, as well as a new system under construction in Tampere. Turku is expected to make a final decision during 2020 to start their construction.